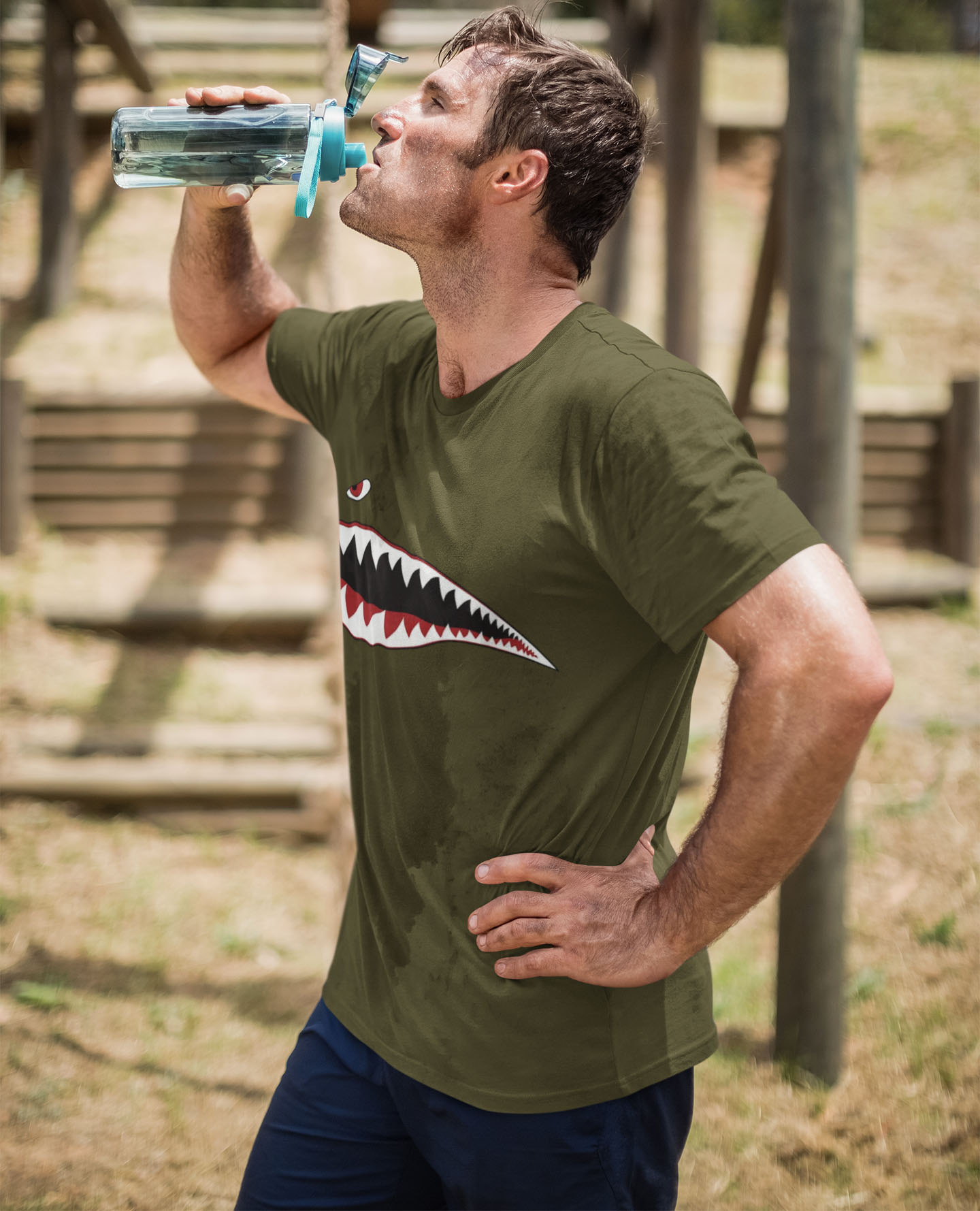 This t-shirt features nose art commonly seen on war planes like the P-51 Mustang, P-40 Warhawk and A-10 Warthogs still used today. Brrrrt! If you’re looking for a cool military aircraft t-shirt then look no further. We’re pretty big fans of this one you can’t tell. It has a solid 5 star rating on Amazon. 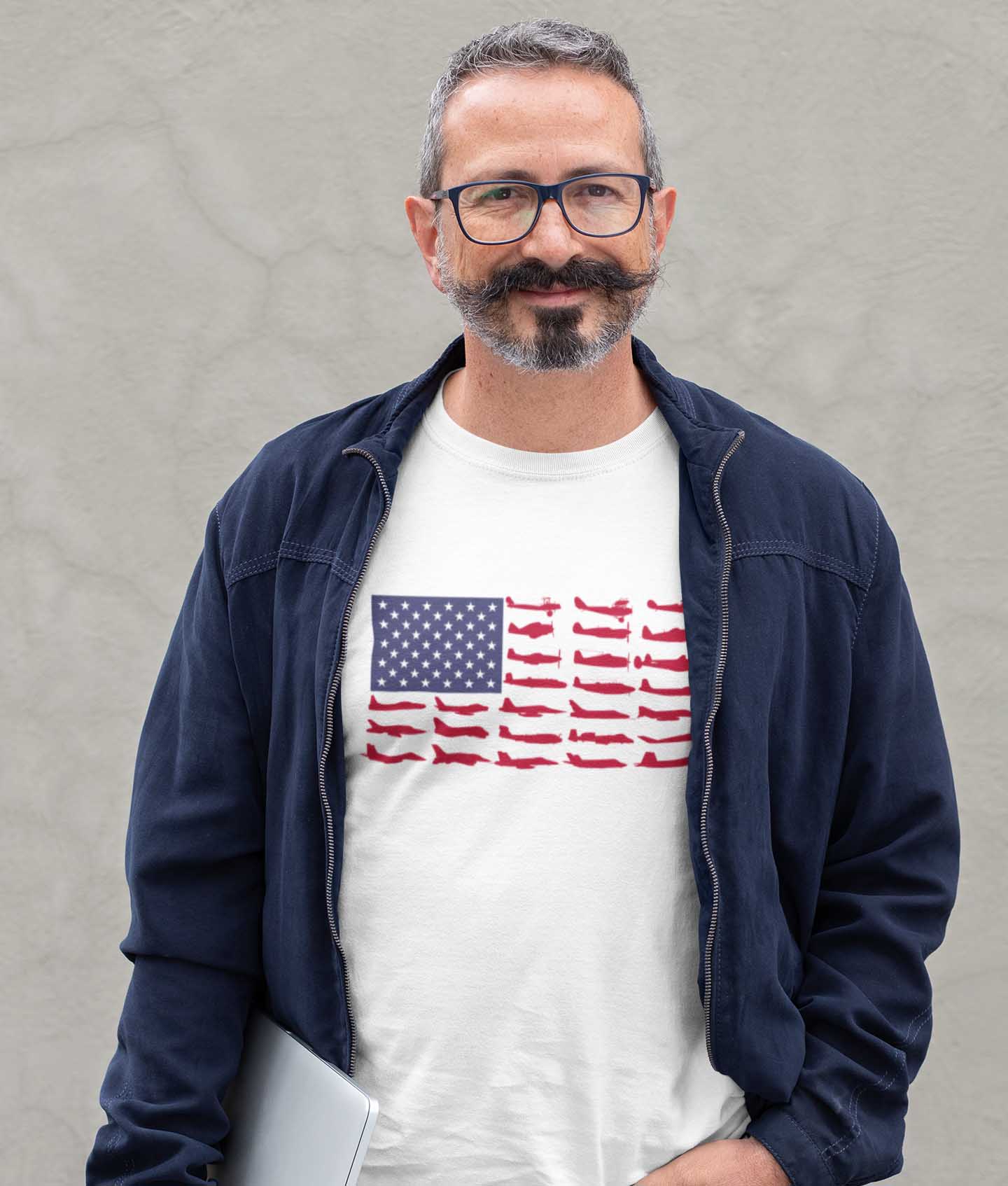 Click here to get this American flag aircraft t-shirt. 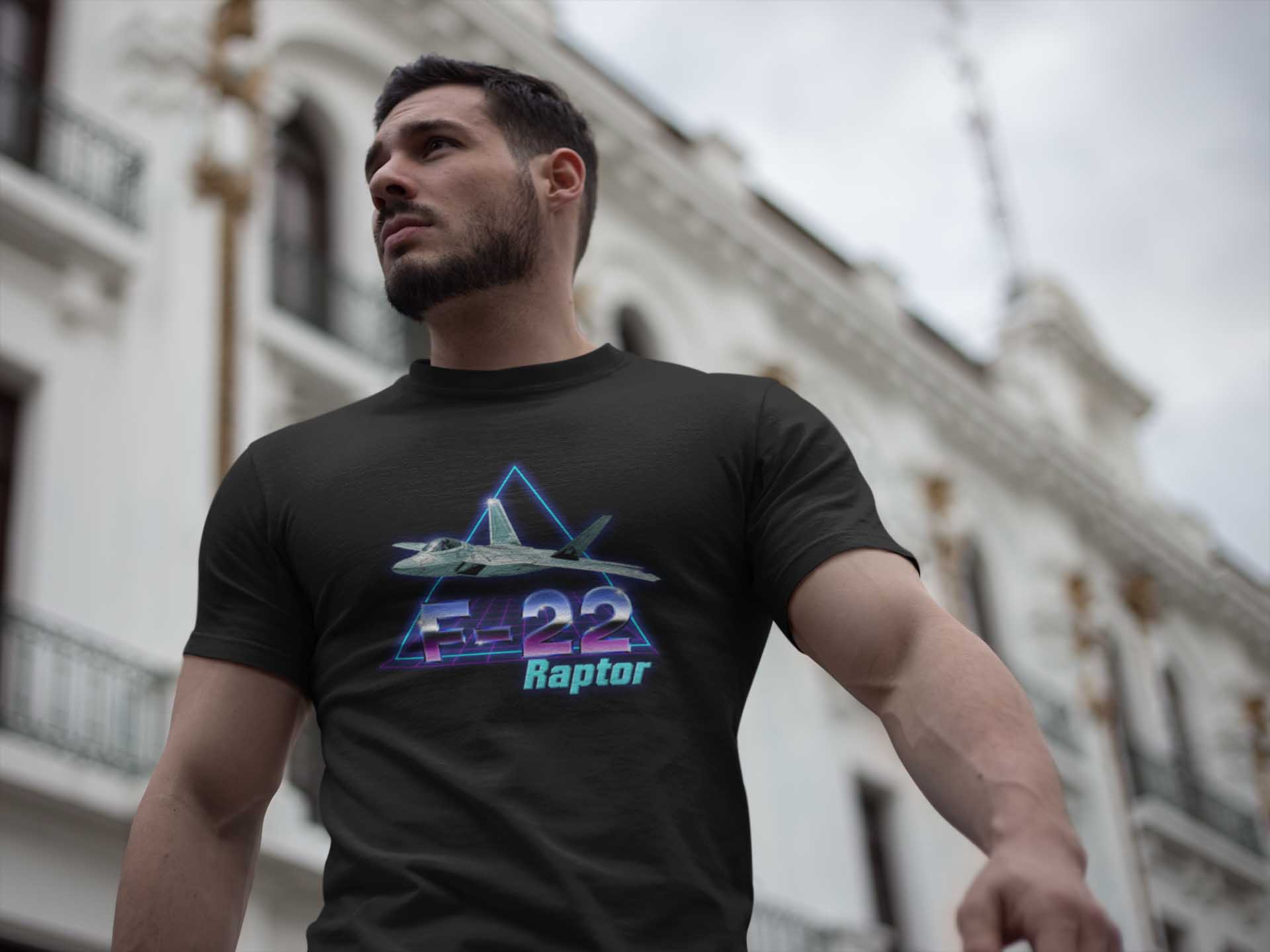 This Retro Raptor t-shirt is the stuff of legend. If you want a t-shirt that makes you feel like you were sent back to the 80’s at Mach 2.2, here it is.