Cessna’s reputation in the industry is not geared toward military aircraft. The longtime manufacturer is far more famous for their small civilian and transport aircraft. However, over the skies of Southeast Asia, one of Cessna’s creations proved that the company could make a fighting machine that could fly with the best of them. The Cessna A-37 Dragonfly is a two-seat, light attack aircraft used initially in the Vietnam War.

The A-37 Dragonfly has its origins in the unique needs of the war in Vietnam. The fight took place in the countryside of the region, and the hills, mountains, and dense jungle terrain all presented unique challenges to the US and ARVN forces fighting for freedom. The call went out for an aircraft that could provide fast and accurate close air support while being rugged enough in design to handle the often extreme conditions of heat and humidity. They found the answer in the form of the A-37 Dragonfly.

The ground-attack aircraft took an interesting path to development. The U.S. Air Force’s Special Air Warfare Center at Eglin AFB originally evaluated Cessna’s T-37 trainer for the role. The initial assessment went well, but the folks at Eglin noted a few changes that needed to be made. From 1963 onward, Cessna produced a variant of the T-37 which would incorporate the following additional features:

A-37 Dragonfly Speed And Power

Cessna got to work, and the results were impressive. The converted aircraft packed quite a punch. The new engines, twin General Electric J85 single-shaft turbojets, provided a lot more power, pushing 2,850 lbf each. This gave the newly minted A-37 a great deal of additional speed and payload capacity. The additional speed—a maximum of over 500 miles per hour—would prove critical in providing close air support for ground troops. The addition of new fuel tanks, cleverly integrated into the longer, stronger wings of the aircraft, meant that the A-37 had an operational combat radius of around 460 nmi. An incredible distance for the conditions under which it operated. 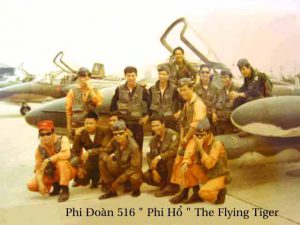 All of these changes were dwarfed by the changes in weaponry. The T-37 had allowed for a minimal weapons payload as befits a training aircraft. By contrast, the A-37 became something that would have seemed ridiculous previously: a Cessna armed to the teeth. The main defensive weapon was a GAU-2B/A minigun, firing 7.62 NATO. An electrically driven rotary breech weapon, the GAU had a variable rate of fire of anywhere between 2,000 and 6,000 rounds per minute. With a maximum range of over 3,000 feet and a muzzle velocity of 2,800 ft/s, this nose-mounted gun was a frightening adversary for enemy ground troops.

Nor was the GAU the only trick in the A-37’s arsenal. Eight reinforced under-wing hardpoints allowed the Dragonfly access to a variety of weapons systems. At various points in the war, these included SUU-11/A gun pods, providing additional miniguns, 30mm DEFA cannons, and Mk 40 FFAR rockets carried in a LAU-32/A, LAU-59, or LAU-68 launcher. Furthermore, the A-37 could carry up to 500lbs in bombs carried in a SUU-14 bomb dispenser, AIM-9 Sidewinder missiles for air to air combat, and, perhaps the most horribly iconic weapon of the Vietnam era, napalm pods.

There’s a final item of note in the history of the A-37 Dragonfly: unlike almost every other combat aircraft in US history, this Cessna was fast-tracked into combat without the usual extensive stateside testing. In 1966, 25 of these birds were transported to Vietnam and put to work on the front lines. The A-37 quickly established a reputation as one of the most effective combat aircraft of the war. That remains a tribute to the people who designed, flew and maintained it in the field.

References:
US Army
|
Air & Space Magazine
This content is for members.