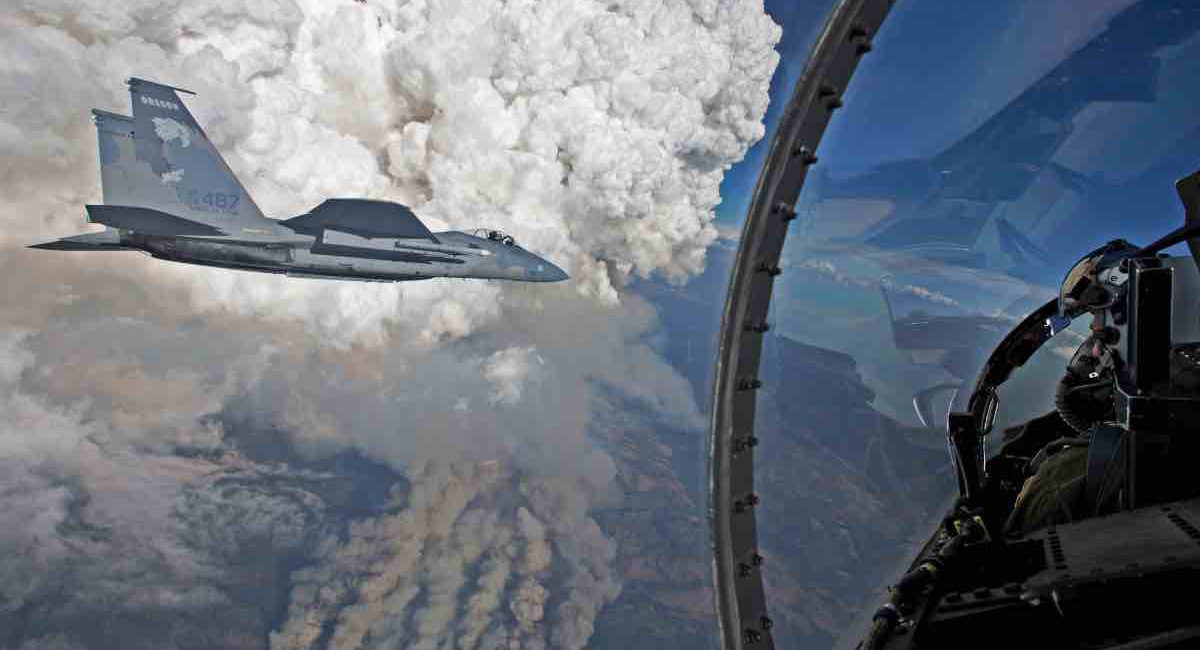 The versatility of this fighter combined with its continual avionics updates place the onus of success on what happens inside the cockpit. Whether its a solo pilot in the A and C variants, or a tag-team in the B,D, or E variants, the crew of the F-15 must focus on a lot of factors. Because the F-15 is an air-to-air machine, the cockpit is orchestrated around the Head-Up Display (HUD) which provides advanced information gathered from the planes various avionics. The instruments, switches and indicators are designed around the HUD.

Here are 21 of the most important cockpit instruments in the F-15 Eagle.

As you see in the video below, the F-15 looks like one smooth ride. But it’s not as easy as these accomplished pilots make it look. Between the massive amount of knowledge necessary to understand this aging aircraft and the guts it takes to fly missions in it – F-15 pilots are truly an impressive bunch.

Modernization efforts to F-15 Eagle’s all across the country as well as several other nations continue to take place. The fighter jet will continue to serve well past 2025 and even as long as 2050 by some estimates. Since the F-22 and F-35 are designed to take out the enemy long before it reaches visual range, the F-15 is one of the last legitimate dogfighting options left for the U.S. Air Force.

We think you’ll love these images of fighter aircraft cockpits!

References:
US Air Force
|
Boeing
|
Belsimtek
This content is for members.