From its first deployments in 1970 during the Vietnam War through the current War on Terror, the EA-6B Prowler has a flawless combat record. To date, not a single one of these aircraft have been lost in combat due to enemy action. From Vietnam through Operation El Dorado Canyon in Libya to the First Gulf War and beyond, the EA-6B’s combat prowess has kept it beyond the reach of enemy weapons in all forms. Few aircraft of this longevity can claim the same thing.

The EA-6B Has A Long History Of Accidents

While the EA-6B’s combat record is flawless, its operational history is a complex mix of accidents stemming from various causes. Of the 170 Prowlers ever built, around 50 of them have been destroyed as a result of various mishaps around the world. One of the most spectacular accidents occurred in 1981, when a Prowler crashed into the deck of the USS Nimitz, killing 14 crew members and damaging or destroying 20 aircraft. A similar accident in 1998 on the Enterprise destroyed two aircraft and resulted in the death of four crew members.

Military pilots are famous for a devil may care attitude. While most of them balance this with an incredible professionalism, sometimes the worst happens. In 1998, an EA-6B operated by a US Marine Corps crew flew dangerously low while on a training mission in Italy. They flew under a cable car line, severing the cable and causing the deaths of 20 people. This incident—the Calavese cable car disaster—caused the President of the United States to issue a formal apology and resulted in the investigation of pilot behavior across the US military.

As an electronic warfare platform, the EA-6B Prowler was intended to jam enemy radar, either block or intercept enemy radio communications, and disrupt enemy weapons systems. However, during the War on Terror the Prowler’s high-tech capability adapted perfectly to lower tech war. By jamming cell phone and garage door frequencies, the Prowler could prevent Improvised Explosive Devices (IEDs) from being detonated remotely. As US troops worked to restore order in Iraq and Afghanistan, this capability saved the lives of both Americans and local civilians. This new and unanticipated mission is a testament to the versatility of this “old” aircraft.

The EA-6B Is The Longest Lasting Tactical Jet

Since its introduction in the Vietnam War, the EA-6B Prowler has been involved in every US conflict thereafter. This makes it the longest lasting tactical jet in USAF history.

The EA-6B Can Fight When Needed

While its primary mission is electronic warfare—a vital function on any modern battlefield—the EA-6B can tap into its attack aircraft heritage and pack a punch when needed. The most common version of this is the deployment of anti-radiation missions, which target and destroy enemy radar facilities or radar using aircraft. Combined with the EA-6B’s ability to detect and track enemy signals, this makes it an even more versatile tool. By both providing US forces with intelligence while actively hindering the enemy’s ability to detect other aircraft or communicate, the EA-6B fulfills a variety of roles as needed.

During the 1990s, the Prowler underwent extensive upgrades and research. As a result of these efforts to improve the capabilities of the aircraft, three existing EA-6Bs were left in various states of disassembly and disrepair. With the advent of operations in Iraq and Afghanistan, the need for more Prowlers became apparent. Technicians with the US Navy went to work, cobbling together the three unusable EA-6Bs into one working aircraft. It was poetically dubbed “FrankenProwler” due to its composite design. FrankenProwler went back to work in 2005 and remains in service as of 2016.

Grumman Aerospace Company was responsible for some of the most famed and beloved aircraft flown in the US Armed Forces. They gained a reputation of producing nearly indestructible and highly capable aircraft including both the A-6 Intruder and the EA-6B Prowler. Those close to these aircraft began to refer to them as “Grumman Iron” and to Grumman as “Grumman Iron Works”. Truly a testament to the excellent engineering and skill the manufacturer possessed.

Osama Bin Laden, the mastermind behind the September 11th attacks in New York and Washington DC, evaded his international manhunt for years. However, in 2011 fate finally caught up with the terrorist when Operation Neptune Spear was a success, resulting in his death. During the raid on Bin Laden’s compound in Pakistan, a US Navy EA-6B Prowler provided radar jamming that allowed helicopter access to the compound. The rest is history, and a major point of national pride. The EA-6B Prowler played a critical role in making it happen.

All Good Things Come To An End 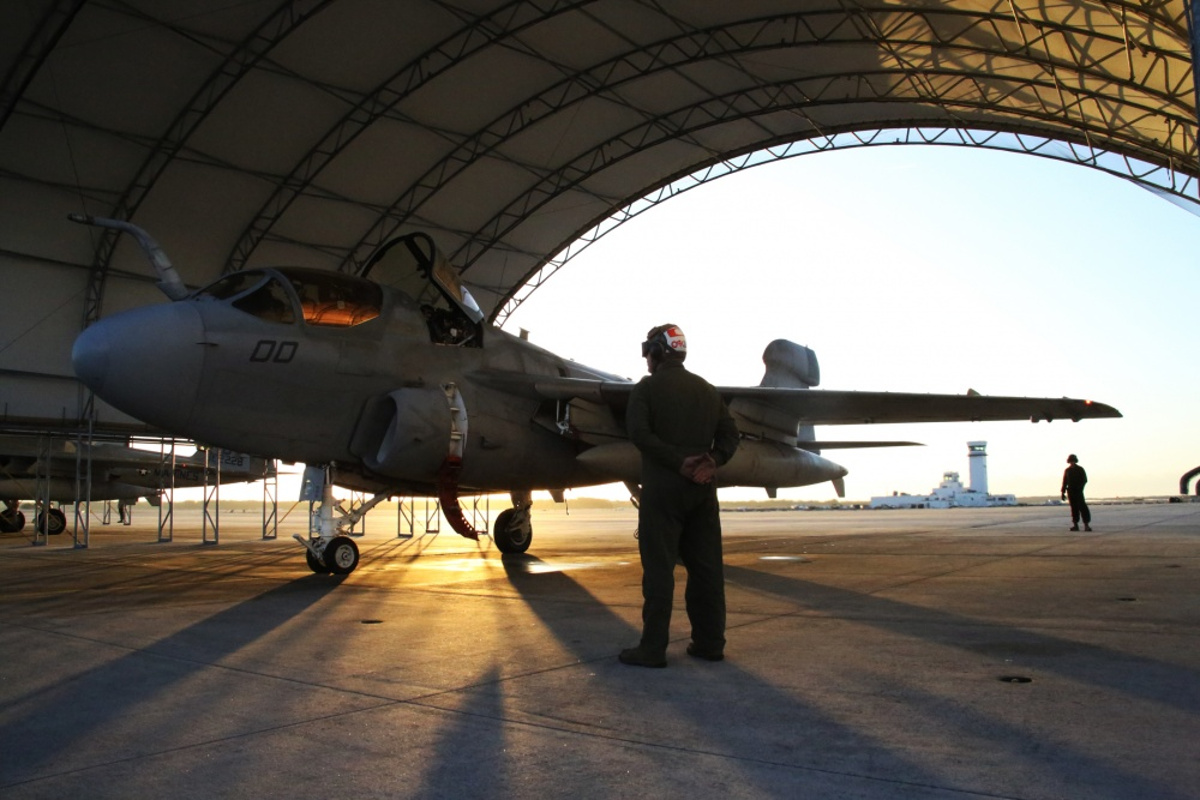 The EA-6B Prowler has become a minor legend in the world of military aviation, having given outstanding service for decades. However, even this story must come to an end, and the EA-6B’s days as an active duty aircraft are numbered. The last US Navy deployments of the Prowler ended in 2014, and the aircraft is slated to leave US Marine Corps service by 2019. While its replacement—the EA-18G Growler—is a major step forward, there’s a bit of history retiring along with the EA-6B.