The Northrop Grumman E-2 Hawkeye is a specialized carrier-based aircraft whose primary mission is battlespace mission command and control, as well as early warning detection. Initially released in the late 1950s, the first E-2 Hawkeye fulfilled a vital role in the United States Navy. It was an aircraft specifically designed for electronic warfare and early detection. This was a big change from previous aircraft that fulfilled this role. Most aircraft were effectively drafted into the role of battlespace management and command and control versus being specifically designed from the top down.

While the E-2 Hawkeye has existed for a long time, it has recently undergone a revamp to bring it up to speed with modern electronics and capabilities. The most widely upgraded version available in the fleet is the E-2D Advanced Hawkeye. This

twin-prop plane serves as a big part of the U.S. Navy’s theater air and missile defense architecture. Its capabilities allow it to communicate and coordinate with the littorals, overland, and open sea vessels of any fleet.

Because of modern upgrades, this aircraft is able to actively scan electronically and mechanically. This means it can see approaching aircraft, land, and sea allies and foes alike, and enable a synchronous mesh of those friendly forces operating in a region. This was described by the former Chief of Naval Operations Admiral Michael G. Mullen as being a “force multiplier”.

State Of The Art Technology:

One of the primary roles of the E-2D Advanced Hawkeye is Advanced Warning and Control System (AWACS). This means that the E-2D should be able to actively locate and track a wide variety of airborne and seaborne threats and help naval ships and aircraft coordinate a response. Because the battlespace can be a wide mix of friends, foes, and non-combatants, it’s imperative for any modern navy to be able to quickly distinguish and keep track of all of them. This means an incredible amount of data needs to be processed, analyzed, and distributed in a timely manner. The E-2D Advanced Hawkeye specifically helps see to that mission.

In many ways, the E-2 Hawkeye is a flying brain in the sky. It is the sixth sense of any naval fleet. An airborne asset can detect threats and even help pass along that data to other aircraft scrambled for a completely separate mission. Any fleet depends upon knowing what’s in the area. There could be several privately chartered aircraft that happen to be heading towards a fleet vessel, or it could be an advanced party of enemy aircraft looking to get in range of that ship to sink it. The E-2D helps filter out the static and chatter to allow commanders to make that call. On board are a staggering array of analytical devices to help process what is being electronically scanned and determine some manner of intent.

Even more imperative is enabling access to a centralized information house to multiple aircraft in the sky.  This allows them to gather information outside of their own individual sensor arrays. A second proverbial set of eyes and ears can help fighter aircraft quickly determine if they’re going up against two enemy aircraft or an entire squadron.

Another common version of the E-2 Hawkeye is the E-2C Hawkeye 2000. These aircraft fulfill all the previous roles mentioned of the E-2D plus a number of secondary roles like strike command and control, land and maritime surveillance, communications relay, search and rescue, and emergency civil air traffic control. With only a crew of five — two of which are pilots — the E-2C/D both are tasked with extremely heavy decision-making abilities. 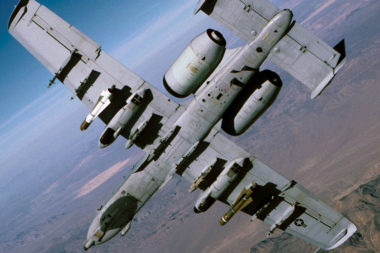 Chilling Survival Story of a WWII B-17 Pilot, Shot Down & Stranded in The Pacific