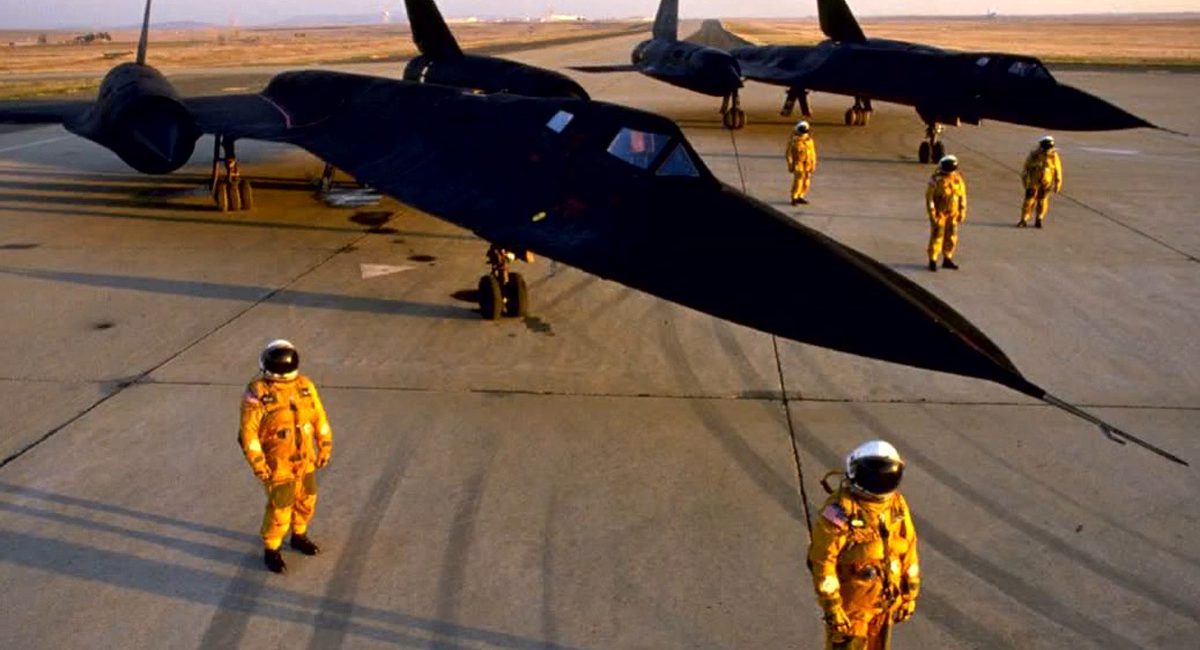 Only 31 SR-71 Blackbirds were ever made. These SR-71 images were photographed by civilians or members/veterans of the US. Air Force and NASA.

The SR-71 Blackbird was such a fast, high-flying aircraft that even NASA wanted to take the Blackbird on to do testing of their own. With a service ceiling of 85,000 feet, it could push up to the envelope of where the atmosphere ends and space begins.

A left side view of an SR-71 aircraft from the 9th Strategic Reconnaissance Wing landing. The aircraft is silhouetted against the sunset. These SR-71 images were photographed by civilians or members/veterans of the US. Air Force and NASA.

This close-up, head-on view of NASA’s SR-71A Blackbird in flight shows the aircraft with an experimental test fixture mounted on the back of the airplane.

The design and features in the Blackbird would go on to influence future aircraft design – including elements used in the F-35 Joint Strike Fighter and nearly every stealth aircraft produced since. These SR-71 images were photographed by civilians or members/veterans of the US. Air Force and NASA.

The SR-71, in many respects, has yet to be beaten in many of the records it has broken, and it was built in a time when America was breaking barrier after barrier in terms of scientific endeavors.

SR-71 was developed as a long-range strategic reconnaissance aircraft capable of flying at speeds over Mach 3.2 and at 85,000 feet.

The SR-71 was developed as a long-range strategic reconnaissance aircraft capable of flying at speeds over Mach 3.2 and at 85,000 feet.

We think you’d love to see these images of the U-2 Dragon Lady Spy Plane! These SR-71 images were photographed by civilians or members/veterans of the US. Air Force and NASA.

Interesting Facts About the A-10 Warthog

Chilling Survival Story of a WWII B-17 Pilot, Shot Down & Stranded in The Pacific