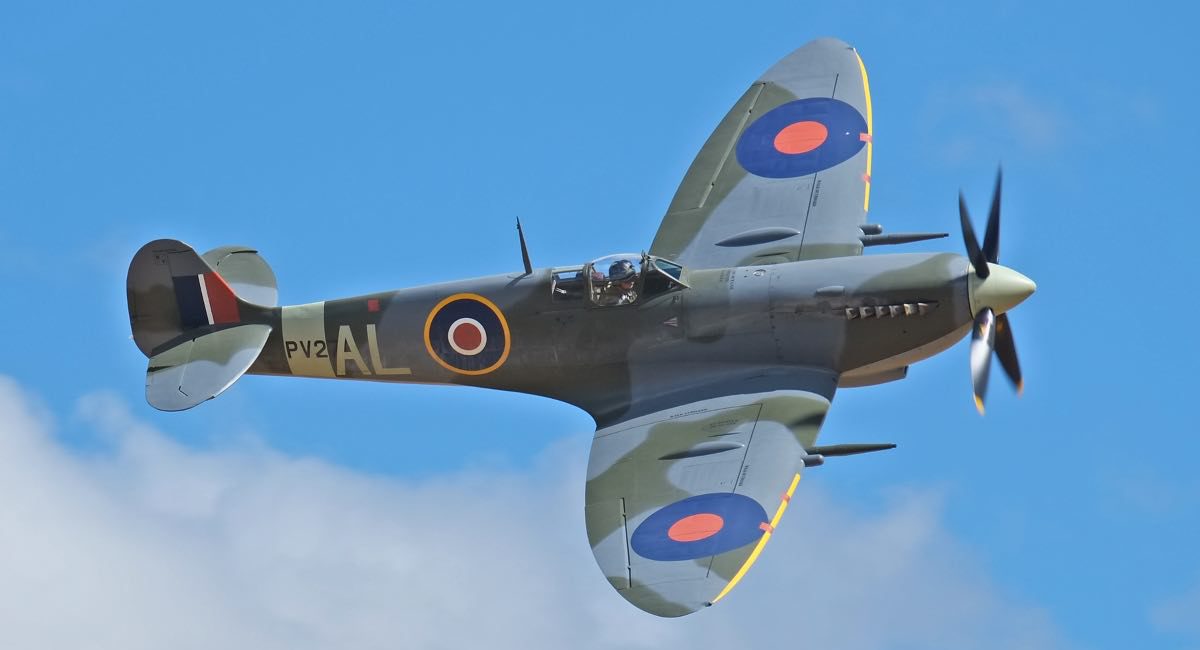 The Spitfire is more than just the most iconic fighter in British history. In the bleak days early days of WWII when the UK stood alone against the Nazi’s, the Spitfire was the only aircraft around that could match the advanced German fighters in quality. Particularly the Messerschmitt Bf 109E that had vanquished so many other foes. Thousands more Spitfires were loaned to other future Allies, including the United States before they could develop their own high-performance counterweights to Germany’s hi-tech fighters.

Thanks to the Spitfire’s rugged frame, elliptical wings and reliable 1,500 hp engine, this plane was one of the first true multi-role fighters in history. Prior to hostilities, the British had only 500 Spitfires in service. During the war years though, Britain managed to build almost 20,000 of these incredibly versatile aircraft, in 24 different variants. The most powerful version, the Spitfire Mk VB, boasted a pair of 20mm cannons and four .50-caliber machine guns. Which represented a staggering amount of firepower at the time.

While the Spitfire’s extensive combat history spans 15 years across 37 countries around the globe, they’re best known for saving Britain from invasion in the early days of WWII. When Winston Churchill famously declared, “Never was so much owed by so many to so few,” he was referring specifically to the RAF’s Spitfire and Hurricane pilots. Drastically outnumbered and often operating out of muddy fields since their bases were under constant attack, these brave crews and their dependable machines fought off the Luftwaffe’s aerial “Blitz” for almost four months.

During this epic struggle, the Germans launched near-daily bombing raids against England, most of which specifically targeted the Royal Air Force. A typical strategy at the time required the far more numerous but less capable Hawker Hurricane fighters to scramble and intercept the heavy bombers. The remaining stock of more powerful Spitfires focused solely on destroying the enemy fighters escorting the bombers. The Luftwaffe’s most experienced pilots flying their best planes.

Still, the Spitfires won. The dreadful battle cost the lives of hundreds of Spitfire crews, but when the smoke settled, the German war machine had suffered its first ever battlefield defeat. While the war slogged on for another four years, there was no doubt that it had reached a turning point, mostly thanks to the Spitfires and their courageous pilots.

The liquid-cooled V12 Rolls Royce Merlin engine is a legend. Many planes, included the Supermarine Spitfire, were built around the engine. Private aircraft flew the first Merlin in 1933, but production for the Royal Army started in 1936. The Spitfire, Hawker Hurricane and Fairey Battle were outfitted with the Merlin in the mid 1930s.

The Merlin Mark I, the first iteration of the engine, produced a little more than 1000 horsepower. Rolls Royce continued to improve their engine every year throughout the war until some Spitfire’s  operated above 2,300 horsepower. The engine accounted for nearly one-sixth of the aircraft’s total cost.

Martindale briefly blacked out under the 11g’s from the dive, but eventually came to and managed to regain control of the plane. The Spitfire’s straight wings were bent backwards, but Martindale successfully glided the Spitfire 30 kilometers to the nearest airfield and landed safely. 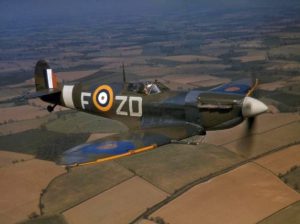 Flying Blind: The Early Days Of Rotary-Wing Aviation In The Marine Corps