Originally designed by Hughes Aircraft Company (now Raytheon), the AN/APG-63 radar – known more simply as Pulse-Doppler Radar – is one the most relevant and intuitive outfits of the F-15 Eagle. After programmed upgrades, the Hughes AN/APG-70 radar was implemented into the current F-15s. The US Air Force characterizes it like this:

“The F-15’s versatile pulse-Doppler radar system can look up at high-flying targets and down at low-flying targets without being confused by ground clutter. It can detect and track aircraft and small high-speed targets at distances beyond visual range down to close range, and at altitudes down to treetop level. The radar feeds target information into the central computer for effective weapons delivery. For close-in dogfights, the radar automatically acquires enemy aircraft, and this information is projected on the head-up display.”

The F-15 is a nimble, speedy fighter that has made a living on outpacing and outmaneuvering its opponents. It’s official high speed is 1,875 miles per hour, or roughly Mach 2.4. That being said, there are reports of F-15s going faster than that. At Mach 2.4, that puts the F-15 behind only select few American-made jets for top speed. The SR-71 Blackbird, the Lockheed’s YF-12 (Blackbird predecessor), and the XB-70 Valkyrie are the only jets made in the USA that are faster than the F-15.

How much does it cost? Well, which one are you talking about? The F-15, as you just read, has multiple iterations over the years. With each new variant came new modifications. Some relate to engine, some relate to avionics, some relate to the frame…the point is. There isn’t a static answer to the cost of an F-15. That being said, the current versions used by the Air Force – the F-15C, F-15D, and F-15E – cost approximately $29.1 million dollars by today’s dollars.

The F-15 is beloved by so many, and the reason is that it’s personal for so many. This aircraft has been around for a long, long time and has had a chance to gain millions of supporters. It flew for the first time in 1972 on the curtails of the Vietnam War and the MiG-25 Foxbat. The first Eagle that saw combat was delivered in 1976. The F-15 participated in most major conflicts since then, most recently during Operation Inherent Resolve over Iraq and other Middle Eastern territories.

Including the three external fuel tanks, ferry range is roughly 3,450 miles – or 3,000 nautical miles. However, with in-air refueling capability – range of the F-15 is essentially unlimited as long as tanker planes are available.

It’s called the Advanced Display Core Processor II. The new missions computer was implemented into select F-15E models, and first tested back in 2016. This is a large indicator that the F-15 will be aorund for decades to come. Let’s let the experts say it best:

The F-15A/B/C/D models contain a 20mm cannon, AIM-120 (AMRAAM) missiles, AIM-9 (Sidewinder) missiles, and AIM-7 (Sparrow) missiles for air-to-air combat. According to the manufacturer’s site, Boeing lists the F-15E as containing precision guided munitions and a variety of missiles and bombs. However, it’s likely the same or similar AMRAAM missiles are used. 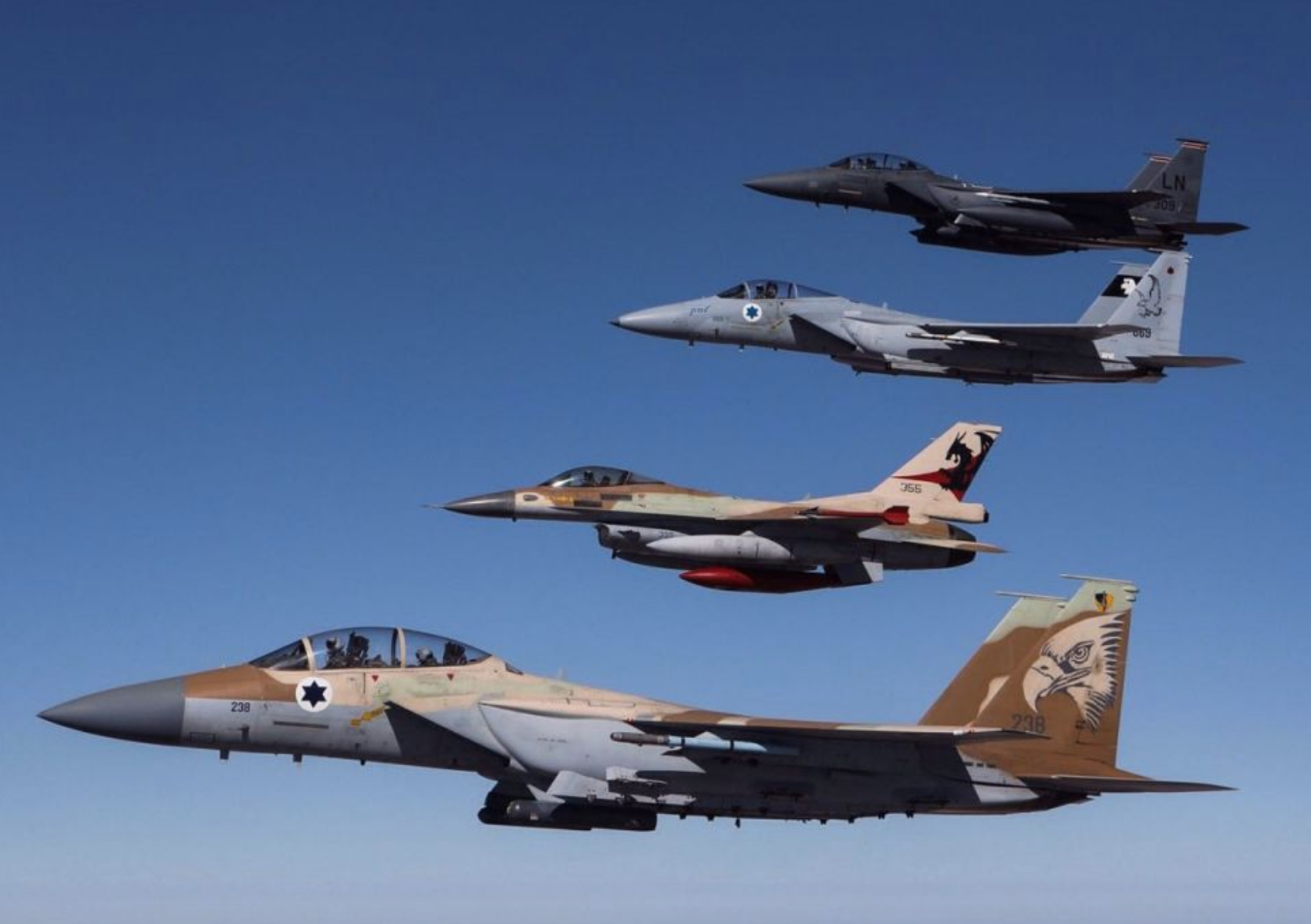 The F-15 was designed with the United States in mind, but it has expanded all over the world since then. Currently the U.S., Japan, Israel, South Korea, Saudi Arabia, Singapore, and Qatar operate F-15’s. The international variants differ slightly from the United States version – but they’re essentially the same aircraft. All in all, over 1,500 F-15’s have been built – making it one of the most numerous military aircraft on Earth.

The F-15, in any of its variants, has never been shot down by an opposing force. Its most successful missions were during the Gulf War, the Lebanon War, and the Syrian Border Crisis. The success during the last two of those conflicts came from F-15s flown by the Israeli Air Defense Force. Overall, the F-15 is presumed to have an outstanding batle record fo 102 kills to 0 losses. Amazing.

The features on the inside of the F-15 cockpit are some of the most advanced in any fighter in the world. Not as advanced as the F-22 or F-35…but still, impressive technology. We won’t bog down this post with all of the specifics. For the 21 most important tools inside the cockpit of the F-15 and even more F-15 facts, click here. Oh, and enjoy the first-person video from the cockpit on that page as well!

The F-15 Eagle was nearly an aircraft carrier-based plane. McDonnell-Douglas, in the early 1970s, was quite serious about the idea of creating the F-15 with foldable wings and stronger landing gear in order to make it adaptable for the U.S. Navy. Had that been the case, you may have seen Tom Cruise in an F-15 instead of a F-14 Tomcat. One of the coolest F-15 facts out there!

Thanks for viewing these F-15 facts. We think you’ll enjoy these F-22 Raptor facts next!