Innovation As A Fifth-Generation Fighter 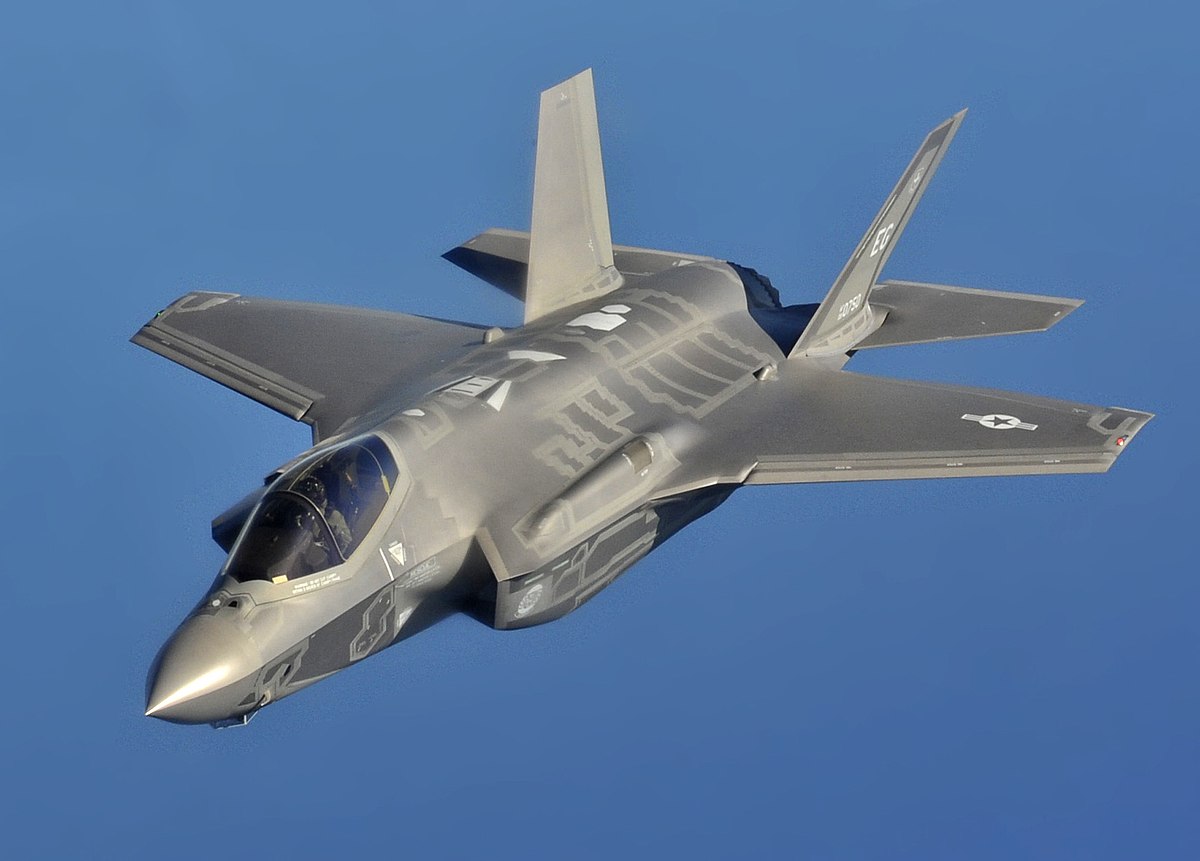 The F-35 Lighting II is one of the most innovative military machines ever made, and one of only three fifth-generation fighters in the world. Although the definition of a fifth-gen fighter is still quite loose, it typically covers the aircraft’s ability to evade radar (stealth) and having the latest avionics and systems which enhance the pilot’s situational awareness.

The F-35 Lightning II, F-22 Raptor and China’s Chengdu J-20 are the only active fifth-generation fighters in the world. Out of the three, the F-35 is hailed to have the most advanced features of any aircraft.

Gauges are a thing of the past. As is tapping them with a finger to make sure they’re working. Although F-35s aren’t the only aircraft to have state of the art glass cockpits, a company by the name of Adacel helped Lockheed Martin develop something never before seen in a U.S. military aircraft.

Adacel, a global systems integrator, was able to give the F-35 DVI (direct voice input), allowing the pilot to give the aircraft voice commands. This allows the pilots to focus on other mission-critical tasks as opposed to scrolling through menus on the instrument panel.

Costing roughly $400,000 per unit, the F-35’s helmets are unparalleled. Tasks that would seem impossible a decade or two ago are now a reality thanks to these high-priced helmets.

As the entire aircraft’s exterior is equipped with cameras and sensors, the helmets integrate with them allowing the pilot to see through the airframe. In addition, it allows the operator to mark a target just by looking at it and doesn’t require the aircraft to be pointed directly at it. Once locked, the pilot can simply fire the ordnance while continuing on the same course knowing the missile will hit the target.

Although not a new concept, as the Harrier Jump Jet has been doing it since 1967, the F-35 program took short take-off and vertical-landing to a whole new level. The Lighting II combined STOVL (short take-off and landing) with stealth design is the only aircraft to combine both in aviation history.

Additionally, AV-8B Harriers require an incredible amount of precision and input from the pilots in order to hover. According to Lockheed’s Chief Test Pilot, F-35s are as easy to hover as turning the stick towards the direction one wants to face and the aircraft will do just that. Up is up and down is down. 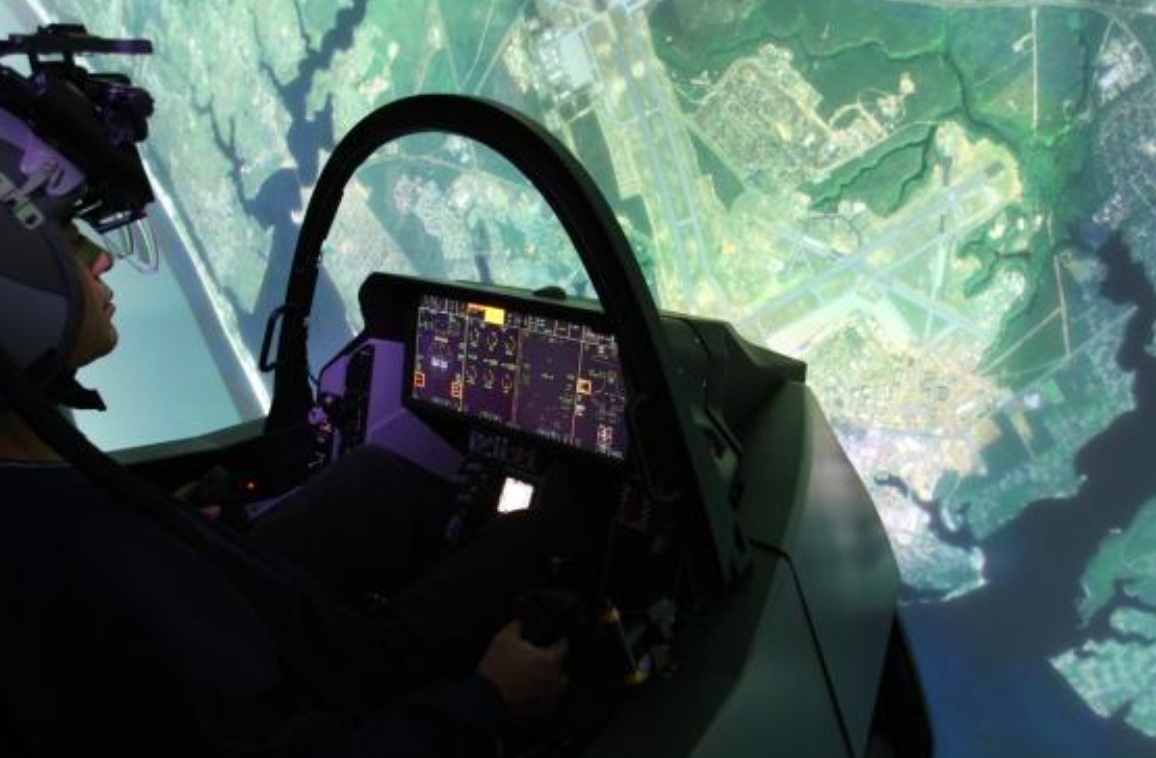 Also long gone are the days of stick and rudder. Computers replaced pulleys and wires a long time ago, but the F-35’s systems are one of a kind.

Almost every feature in this article is made possible through the 8.2 million lines of code which rule over every aspect of the aircraft from its hover to the canopy opening. To put this into perspective, NASA’s space shuttle runs on 400,000 lines of code. The software is highly adaptable to future developments and will update across the entire fleet.

As you’ve read, one cannot talk about the F-35 and not mention stealth. Every aspect of its design was carefully crafted to avoid radar. From its physical size down to the sawtooth landing gear, F-35s have a minimal radar cross-section allowing it to enter into enemy airspace uncontested.

Although the details are undisclosed, it’s known that F-35s are built out of radar-absorbent materials, which are much better than any others ever used. They have a radar cross-section as small as a golf ball.

Features of the F-35: Multiple Roles

The purpose of the Joint Strike Fighter is to become one of the only, if not the only, fighter any military ever needs. Which is why they’re designated as all-weather stealth multirole fighters.

This means they can operate day and night regardless of weather conditions and perform everything from air-to-air combat, reconnaissance, electronic-warfare and close air support as well as many other missions. The unique part is the F-35’s ability to maintain stealth while performing most of those tasks. 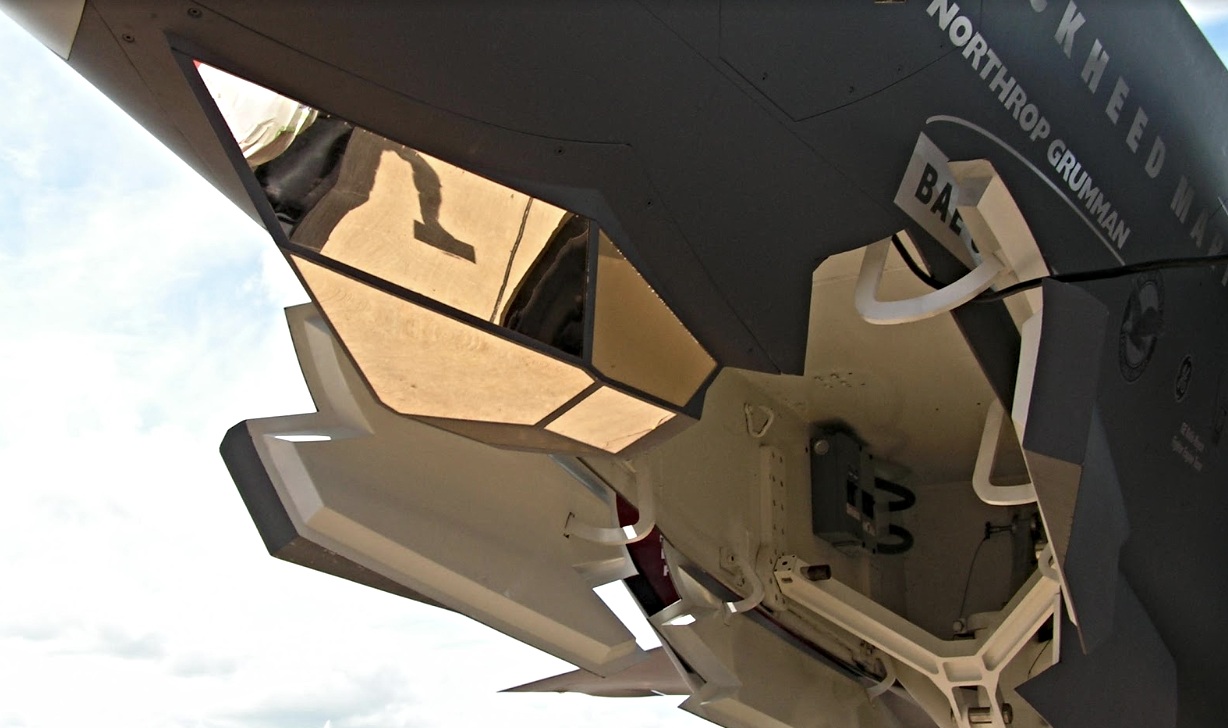 The Electro-Optical Targeting System, or EOTS, allows the F-35 Lightning to precisely find and mark targets both on the ground and in the air. The first of its kind, it combines forward-looking infrared and infrared search and track functionality making it an incredibly deadly aircraft.

This advanced system gives pilots a greater understanding of the battlefield and at greater distances than before. Crews can recognize threats and targets quickly and with more detail increasing the lethality of all missions they’re involved in.

To lower its maintenance costs and maximize uptime, Lockheed integrated an Autonomic Logistics Information System into the F-35 Lightning. It’s a fleetwide system which gives everyone from pilots to ground crews all the information about the well-being of all the aircraft.

ALIS helps support every aspect of the program including training, planning, maintenance, and support. This streamlines thousands of tasks across all F-35 bases making it the most advanced system of its kind. 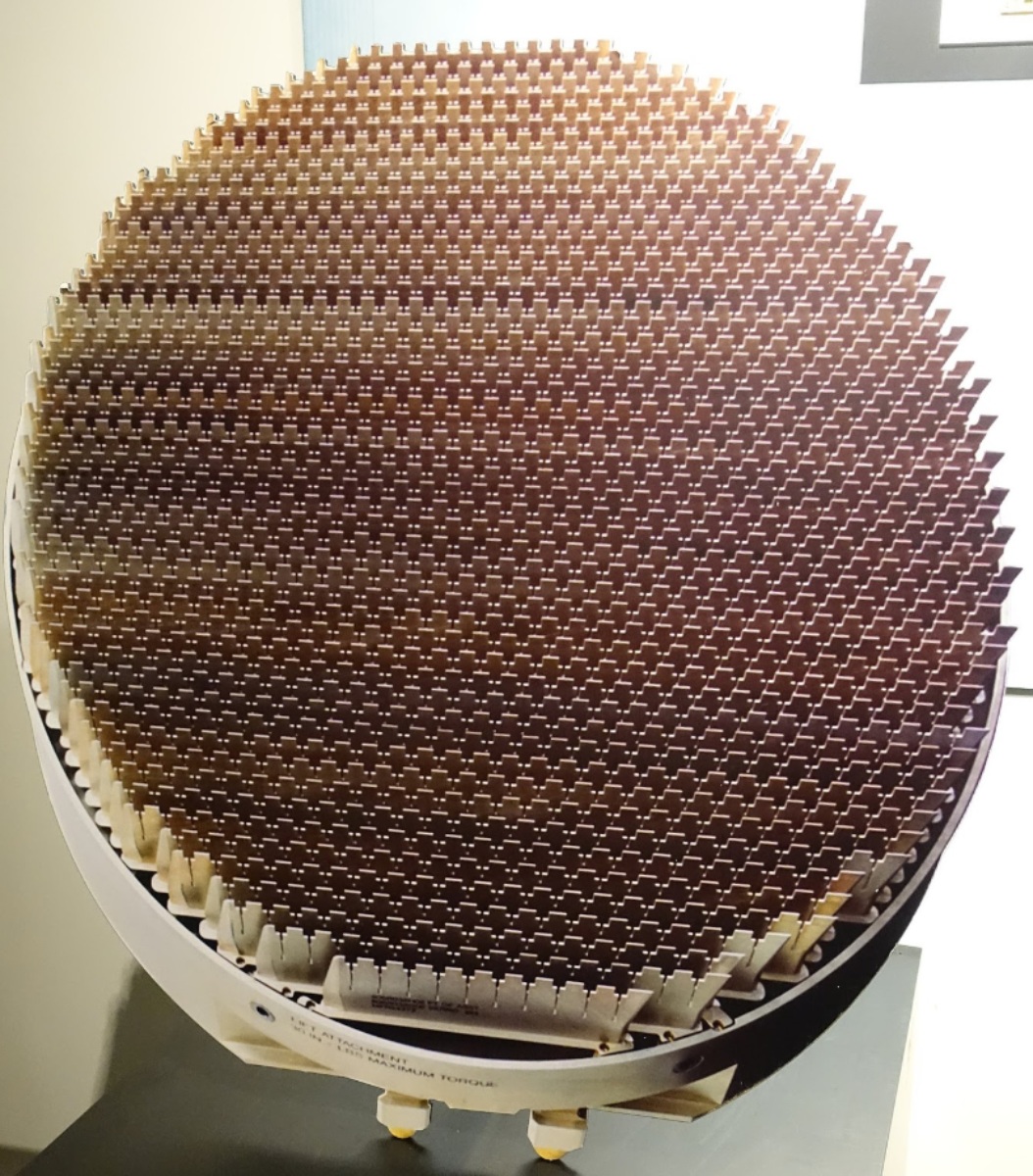 Yet another innovation designed specifically for the F-35 Lightning II is its radar system. Developed by Northrop Grumman Electronic Systems, this active electronically scanned array radar allows pilots to engage both air and ground targets over a longer range than ever before.

It also provides them with greater situational awareness during night operations and advanced missile warnings. Unlike its predecessor, the AN/APG-77, this system offers high-resolution mapping of multiple moving targets and electronic warfare capabilities. It is so good in fact that Northrop Grumman’s factories are expected to deliver 3,000 of them to the U.S. and allied nations over the next two decades. 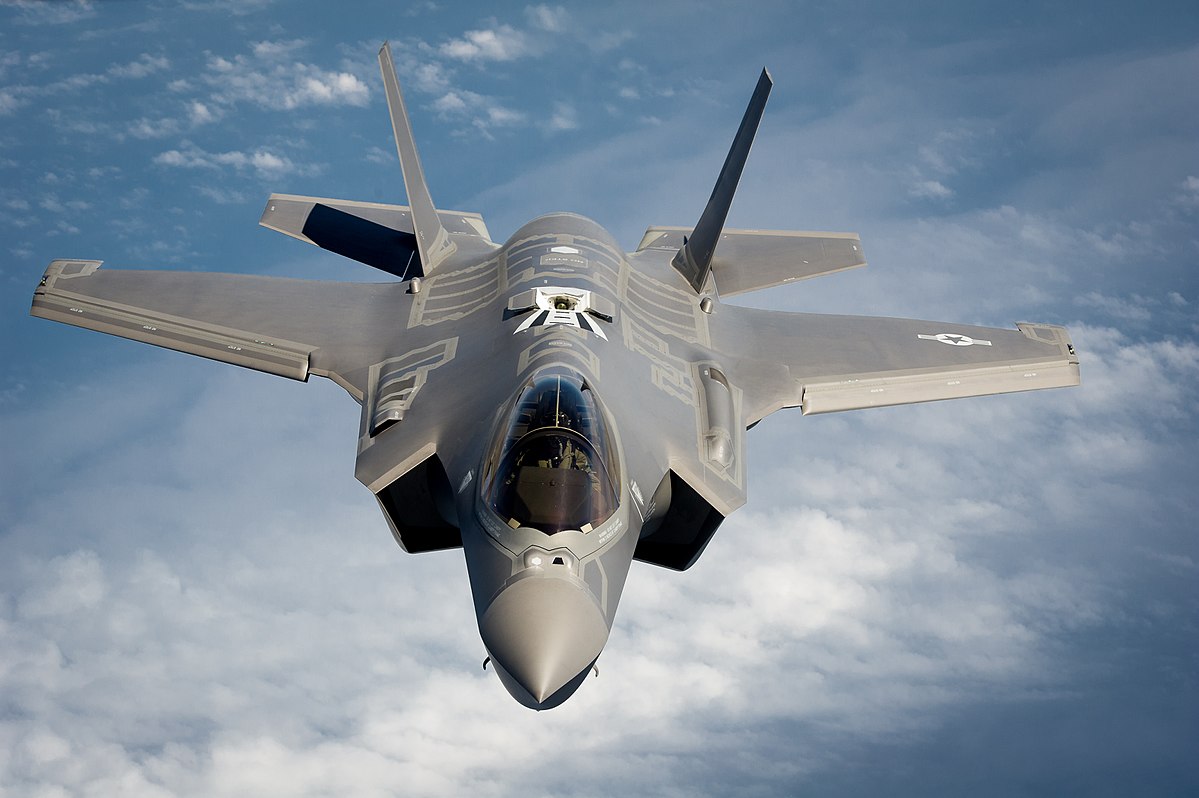 F-35s were also built and tested to perform close air support (CAS) although that’s been a topic of heated debate over the past few years. With the A-10 Warthog doing the job for over four decades using its GAU-8 Gatling gun, critics have been saying the 120 rounds F-35s can carry compared to the 1,200 of the A-10’s can’t do the job.

F-35’s GAU-22/A might have smaller rounds and less of them, but during a CAS mission, they would be equipped with laser-guided fragmentation rockets. Able to pinpoint insurgents with greater precision using its advanced avionics, an F-35 can deliver a “thousand-round burst” into the heart of a target with a single shot.

Although not currently equipped on F-35s, Lockheed Martin’s plan is to have them burning missiles and aircraft out of the sky as soon within the next decade. The DoD gives millions of dollars per year to DARPA and now Lockheed Martin for solid-state and fiber laser research and when ready, will be an integral part of the platform.

Lasers systems are lighter and less expensive than conventional weapons and give pilots a much further range to target from. Once a laser locks onto a target, it won’t let it go until it’s burned through.

Innovation Starts At The Beginning

Even F-35 factories are the most advanced in the world. Some parts are fabricated around the world by participating Allies, but the major components of the f-35 are assembled at Air Force Plant 4 in Fort Worth, Texas.

This state of the art facility was built to minimize human contact with the parts implementing machinery moving the parts seamlessly through the factory floor. With precise machining and laser-ultrasonic inspections, this factory can build one F-35 per day.

The versatile design implemented in building the F-35 Lighting saves on those costs. With three variants, namely, A, B, and C, this platform will help to satisfy the needs of the Air Force, Navy and Marine Corps.

There’s no clearer indicator a product’s innovation and prowess is superior than its ability to draw buyers. Though the United States has shared its weapons and technologies with Allied countries for decades, the list of F-35 buyers is lengthy.

As of 2018, the countries with orders on hand are Australia, Italy, Netherlands, Norway, United Kingdom, Israel, and Japan. The only country to back out of the deal is Canada though it’s probable they’ll reconsider once F-35s are combat proven.

The Pratt & Whitney F135 Engine was developed specifically for the F-35 Lighting. Boasting 40,000 lbs of thrust it allows the aircraft to fly 120 miles at Mach 1.2 without the use of an afterburner. On that note the innovation of the F135 is that it combines stealth and the ability to afterburn. It is one of only two engines in the world to do so.

For the F-35B (which is capable of STOVL) this same engine incorporates a Lift System which allows the aircraft to hover. There’s no other like it in the world. Truly, an innovation.

Now that you know how innovative the F-35 is, comb through these 30 facts about the F-22 Raptor! Or better yet, read a comparison between the F-22 and the F-35!